U.N. Bemoans Lack of Action on Call for Broad Ceasefire to Fight Virus 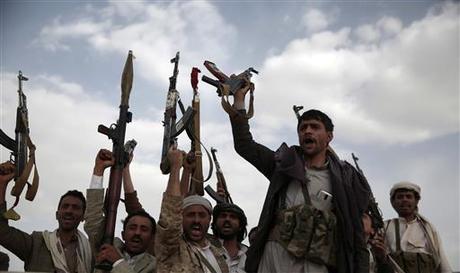 The United Nations on Wednesday deplored a lack of progress on its call earlier this year for a ceasefire in conflict-wracked nations to ease their battle against the novel coronavirus.

After three months of tough negotiations, the U.N. Security Council on July 1 adopted a resolution on a three-month "humanitarian pause" in fighting, following a call for a global ceasefire by Secretary-General Antonio Guterres.

That three-month "pause" ends on September 30.

"The initial response was encouraging. A number of temporary truces were announced -- from Colombia to Ukraine, and from the Philippines to Cameroon," said Rosemary DiCarlo, the under-secretary-general for political affairs.

"However, many expired without extensions, resulting in little improvement on the ground," she added in a videoconference meeting of the council organized at the request of France and Tunisia, who drafted the July resolution.

Her U.N. counterpart for humanitarian affairs, Mark Lowcock, said there was "growing reason to believe that in the medium and longer term, the weakest, most fragile and conflict-affected countries will be those worst affected by Covid-19."

"The risks of conflict, instability, insecurity, violence and population displacement are rising," he warned, adding that the council could end up with a wider agenda as a result.

Lowcock lamented that despite repeated U.N. calls for protection of humanitarian aid workers in conflict zones, they continued to face difficulties, notably rejection of their visas.

U.N. peacekeeping chief Jean-Pierre Lacroix told the council that the world body's Blue Helmets were once again able to move freely, after a temporary suspension of force rotations in the spring as the virus pandemic gained pace.

Peacekeepers must spend 14 days in isolation before being deployed, he said.

As of Wednesday, Lacroix said, out of more than 100,000 UN civilian and military personnel on field missions, 1,049 virus cases have been detected, including 18 deaths.