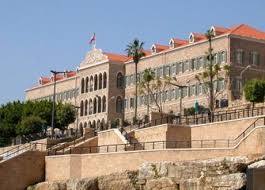 Paris considers as “flexible” the 15-day imposed deadline by President Emmanuel Macron for the formation of Lebanon’s government, but sees “covet for dominance of government decisions" in the rigidity of the “Shiite duo” to retain the finance ministry, the Saudi Asharq al-Awsat reported on Thursday.

Paris wants a breakthrough in forming a cabinet capable of addressing a “very dangerous” situation the Lebanese are reeling under, said the daily. It has "no problem" with regard to the sect of the Minister of Finance or any other minister there be, but only wants a “rescue” cabinet.

However, the fact that “yielding to the desire of the Shiite party is tantamount to overthrowing the essence of the French initiative and of the principles agreed upon,” that is moving away from quotas and forming a government of specialists.

In this adamant insistence, Paris sees a desire for “continuous domination of the government decisions, which jeopardizes the reform plan leaving it at the mercy of parties,” added the daily.

A “confrontation government” is also not an option because it means more obstacles could stand in the way of the PM-designate Mustafa Adib who seeks to form a harmonious and productive government garnering broad support, added the daily.

Saudi, France, Iran, the US and the Lebanese do not give a flying F about anyone but their interest. They will continue with their plans and BS quarrels and negotiations between each other until it's all sorted out between them... while the people continue to suffer, because they are just a herd of sheep who just acquiesce to whatever their masters say.

There is a huge difference between for example american and iranian interest. Irans interests are mainly to eradicate the state of Israel and to create a society close to their own where shiaism trumps everything, while others religious or political opponents are facing severe discrimination and persecution. USA on the other hand, while it has its faults both historically and at present, the longterm goal is to develop democracy and economic stability. Germany, Japan, most of Eastern Europe, Scandinavia and many more can all thank the US for help in their first steps on the climp to improved conditions. But as we know, it is not so easy with us arabs, and more speficically us muslim arabs who are feeded with anti-US-propaganda from the childhood and upwards.

Like in Iraq, the US was ready to use billions of dollars to rebuild the post-Saddam nation, but instead they had to use most of it to fight off insurgants. Those civilian contractors that were sent there to rebuild ended up as targets: https://en.wikipedia.org/wiki/List_of_private_contractor_deaths_in_Iraq

We arrived at this situation because the French were too soft with Hizbos/Iran. I knew to not trust any European to ever have an effective solution.