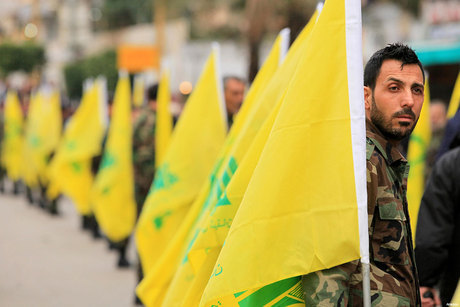 Hizbullah has stored chemicals that can be used to make explosives in several European countries, a senior State Department official said Thursday as he appealed to countries in Europe and elsewhere to impose bans on the organization.

Hizbullah operatives have moved ammonium nitrate from Belgium to France, Greece, Italy, Spain and Switzerland in recent years and are suspected to still be storing the material throughout Europe, said Nathan Sales, the State Department coordinator for counter-terrorism.

Ammonium nitrate is a chemical compound commonly used as a fertilizer, but it can be used to make explosives. It can also be dangerous in storage, as demonstrated by the huge explosion last month in the Lebanese capital of Beirut.

Sales, without offering evidence, said the U.S. believes that Iran-backed Hizbullah has since 2012 transported ammonium nitrate around Europe in first aid kits with cold packs that contain the compound. The United States believes these supplies are still in place throughout Europe, possibly in Greece, Italy and Spain.

"Why would Hizbullah stockpile ammonium nitrate on European soil?" he said. "The answer is clear: Hizbullah put these weapons in place so it could conduct major terrorist attacks whenever it or its masters in Tehran deemed necessary."

Sales made the remarks in an online forum hosted by the American Jewish Committee, which has called upon more countries to ban Hizbullah and its operations.

The U.S. has designated Hizbullah as a foreign terrorist organization since 1997, but some countries distinguish between the organization's military wing and the political wing.

The EU lists Iran-backed Hizbullah's military wing as a banned terrorist group, but not its political wing, which has been part of Lebanese governments in recent years. Some individual countries, including Germany and the U.K., have outlawed the group in its entirety. Sales called on more countries to do the same.

Hizbullah is a "unitary organization that cannot be subdivided into a military and so-called political wing," he said. Without a full ban, the group can still raise money and recruit operatives. "Hizbullah is one organization," he said. "It is a terrorist organization."

I warned a European intelligence agency of exactly this many years ago, based on what information I had at the time. A lot of sleeping cells there now, with access to these explosives.

If they know where the stores are, then why wait, send in the commandos.
Actions speak louder than words. One picture is worth a thousand words.