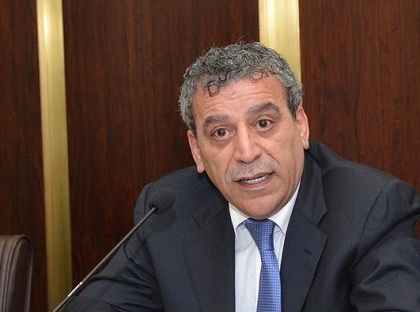 "Who said that we don't have the right to get the finance portfolio? Then let us go to a civil state without rotation (of posts)," said Bazzi in a phone interview with al-Jadeed TV.

Noting that the stance on the finance portfolio is "not Speaker Berri's stance nor Amal Movement's stance but rather the stance of an entire sect," the MP said his camp is dismayed by "the entire club that is practicing the policy of elimination and isolation.”

“No one can impose on us our representatives in the government as long as the constitution guarantees to us the representation of a sect, and may God help the PM-designate in the face of the shadow PMs,” the lawmaker added.

As for the calls for early parliamentary elections, Bazzi noted that French President Emmanuel Macron had “said during the Pine Residence meeting that the polls would have no effect and would not change the balance of power.”

The Audacity! Implement the constitution and spare us your BS arguments and accusations. You and your sect are armed, corrupt, and are the root cause for the demise of Lebanon.

Very bigoted and racist! Rhetoric like that hurts all Lebanese and all sects.

It may appear as that but you and all of us know that it is TRUE.
- You want a fair share of Lebanon, then let go of Iran and act as Lebanese
- You would not negotiate with a gun pointed to your head, and neither will we
Oh, just in case you again ask who are we, WE THE PEOPLE

The reality is that the Hezb and Amal are holding the rest of us hostage. This is not the time to make demands. Either allow the presumptive PM to form a government to his liking (independent ministers with actual resumes) or form your own government and show us your abilities to save the country. All political parties need to be out of this cabinet. The Shia community in Lebanon is not Hezbollah and Amal as the sunny community is not Future movement and Christians are not FPM and Quwwat

God bless the shia of Lebanon for being the defenders of Lebanon and the trustees of the Lebanese Treasury and its finances.

Zip it Bjay, you want to silence Ansarullah because he isn’t practicing Taqiyya, he’s being straight forward about his political desires. We all know your Hizbala/Amal kind are like snakes, you don’t like your true colors to be seen until it’s too late for the victim(s).

We want a civil state and with it to grab all the seats in the Ministry and the Parliament and shall not accept less than occupying the Prime Minister, Speaker of the House and President of Republic status!

The Shia cancer desires to spread in order to kill the host, Lebanon.

The constitution is clear , the Shia have the privilege of managing the parliament and we all saw how bad they are at it when they blackmail the entire nation and by closing it down for two straight years.

"ex-fpm ansarullah and s.o.s" is the same person.

bigjohn and smalldick are the same rodent.

good one and so logik

Be Shia and proud. Just don't be Hezbollah. They are a Shia sect of death and destruction. It's like other sects eg KKK be Christian but not KKK. You get the drift