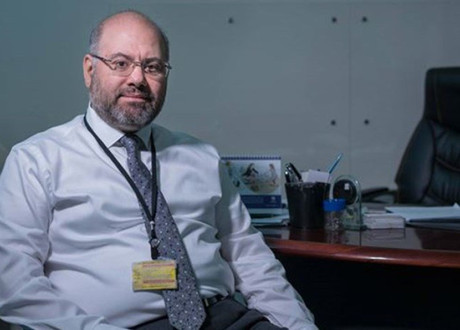 “I could not sleep well last night. Shocking were the number of coronavirus cases. The increase in the number of new cases was expected, albeit not at this rate,” said Abiad in a tweet.

Abiad's comments came one day after Lebanon confirmed its highest virus tally since February, with 750 new infections and 18 deaths.

Abiad stated that the “sharp rise in the number of deaths, including an 18-year-old man, was harsh.”

But he added saying that “despair is not an option, there is more work ahead.”

Out of the 750 new cases, the Health Ministry said 725 of them were recorded among residents and 25 among people coming from abroad. Ten of the local infections are among health workers.

Obviously, diabetes being highly contagious, it makes me wonder who is idiot.

He most likely had an underlying medical condition he wasn’t aware of, and definitely wasn’t taking vitamin D to boost his immune response. I’ve been taking vitamin D 5000 units daily since ten years, make sure that on your blood test you always remain below 100 or else it can become toxic . This is no joke, adults should take this daily and kids take 1000 units twice a week.

so IF he had an 'underlying medical condition' can we assume from your answer that you would discount his death as irrelevant? If not, what point are you trying to make?