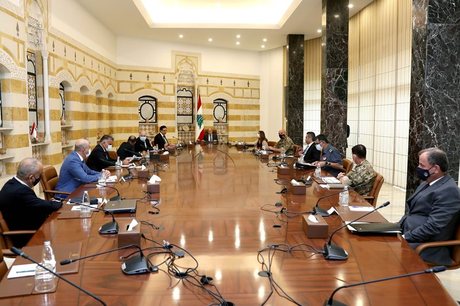 Aoun said Lebanon must combat parties organizing the illegal crossing of people to the Mediterranean sea from Lebanon.

“The matter must be addressed at social and humanitarian levels to know the reasons pushing people to leave Lebanon in illegal ways causing painful accidents and family tragedies,” said Aoun.

Some Lebanese have been trying to flee the tiny Mediterranean nation lately, after Lebanon has been shaken by multiple crises, including its worst economic and financial crisis in decades.

On Monday, Lebanon retrieved the bodies of four people including a child after they tried to flee the crisis-hit country by sea on an overloaded dinghy, the civil defence said.

The U.N. peacekeeping force in Lebanon have earlier this month rescued many people onboard a ship carrying migrants outside Lebanon’s territorial waters.

Looks like they're all singing "Row row row your boat gently to hell...."