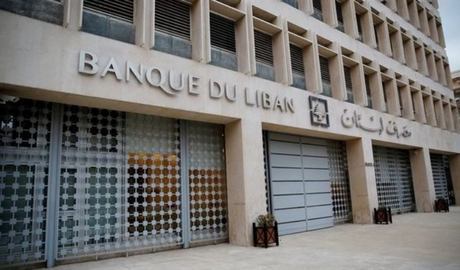 The Central Bank of Lebanon has reportedly approved a four-month bonus for the bank’s governor and his newly appointed vice-governors, for members of the Banking Control Commission and all BDL employees, al-Joumhouria daily reported on Friday.

The move comes after Central Bank Governor Riad Salameh warned late in August that the bank cannot continue to use its foreign reserves to finance subsidies on basic goods like fuel, medicine and wheat.

According to the newspaper, the move should have been opposed by the government commissioner at the Central Bank.

“It was striking that Christelle Wakim, the (newly appointed) government commissioner at Banque du Liban, did not object to this decision, noting that the Monetary and Credit Law grants her this right,” said the daily.

Later on Friday, Salameh denied the claim in a statement describing it as "unfounded."

The bank is believed to have around $18 billion in foreign currency reserves — down from $20 billion in April — which it has been using to support basic imports of fuel, wheat and medicine at a stable price after the currency collapse.

Reports have suggested Salameh informed the government it would need to stop this support when reserves reach $17.5 billion.

Al-Joumhouria said observers have questioned the timing of the bonus in these financially critical circumstances, asking about the “unknown” fate of people’s deposits at banks.

Amid a crippling economic and financial crisis, the bank has been imposing restrictions on dollar withdrawals of both dollars and Lebanese pounds, as well as transfers abroad.