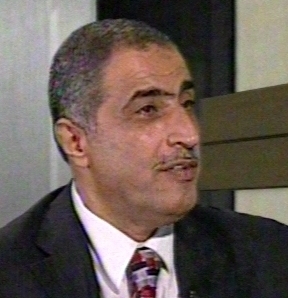 Thursday’s meeting between PM-designate Mustafa Adib and the representatives of Hizbullah and Amal lasted half an hour and the talks tackled ex-PM Saad Hariri’s initiative and its “positive” impact, MP Qassem Hashem said on Friday.

“Adib expressed his desire for communication and said that he had not yet reached a vision for the government but acknowledged that the finance portfolio will go to the Shiite duo,” Hashem, who is a member of Speaker Nabih Berri’s Development and Liberation bloc, told al-Jadeed TV.

“The PM-designate asked the Shiite duo for some time and postponed his meeting with President (Michel) Aoun to continue his own contacts and consultations,” the MP added.

Hashem also warned that the new government “should be formed by Monday or Tuesday at the latest or else Hassan Diab’s government will stay until after the U.S. elections and we would be plunged into the unknown.”

What a pity; Lebanon is finished.
No International donor will finance the country. Crass stupidity thanks to Saad Harriri

Adib should do as he sees fit, be free, or resign!

You curse Israel for attacking innocent people from the air but you do not see your evil deeds from within and internally to suffocate the people.