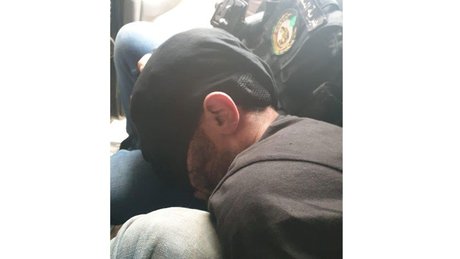 The army on Friday arrested a fugitive member of the extremist cell that killed four troops and three civilians in two incidents in the North.

“The Intelligence Directorate, in coordination with army units deployed in the Zgharta area of Haylan, today arrested the terrorist Ahmed Samir al-Shami, who belongs to the cell of slain terrorist Khaled al-Tellawi, one of those involved in the August 21 crime in Kaftoun,” an army statement said.

“Shami is involved in the crime of killing four soldiers during the search of the apartment of the detainee Abdul Razzaq al-Rizz in the Jabal al-Beddawi area on September 13,” the statement added.

The leader of the cell, Tellawi, was a member of an extremist group that had links to the Islamic State group.

Earlier in September, the army said troops chased Tellawi and two of his aides into the countryside, where soldiers later killed Tellawi. Shami was one of the aides who managed to flee.

Tellawi is believed to have fought in Syria with extremist groups in the past.

Authorities blamed Tellawi and three of his aides last month for a shooting in the predominantly Christian village of Kaftoun in north Lebanon that killed three men.

Security forces identified the four and tried to arrest one of the suspects, a Syrian citizen, in late August. The Syrian blew himself up by detonating explosives he had to avoid arrest.

Now Bahia el Hariri will get him out after one week