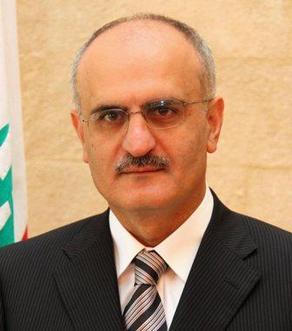 MP Ali Hassan Khalil of Amal Movement's Development and Liberation parliamentary bloc, said currently there were no talks about a new government in Lebanon, after the resignation of PM-designate Mustafa Adib over a Cabinet impasse.

On French President Emmanuel Macron’s press conference, Berri’s aide, Khalil said: “We have no comments to say about the French president's press conference. The agreed initiative is there in writing and was distributed and everyone one knows what it states.”

Macron said the political elite had decided "to betray" their obligations and had committed "collective treason" by failing to form a government.

"Amal and Hizbullah decided that nothing should change in Lebanon and I understood that Hizbullah did not honor the pledge it made to me. The failure is their failure and I don't bear its responsibility,” Macron said.

Adib was set to form a mission government of experts, but his efforts were effectively blocked by the Shiite duo’s conditions to name the Shiite ministers in the cabinet.

Thug, thief, terrorist and above all incompetent. Khalil yes, 4 in 1!

Khalil has no say in deciding what the President of the Republic needs to do, according to the Constitution.

Hopefully someone in the EU can put sanctions on him so he won't be able to travel anyplace not named iran, syria, iraq or russia. all of the ranting and raving by kizb and amal about the sanctions, NOT ONCE, did they deny what he was accused of.