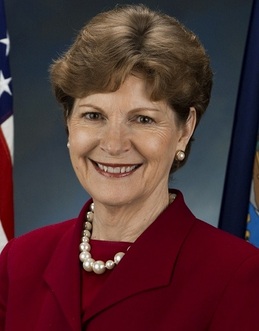 Member of the Foreign Affairs Committee, US Senator Jeanne Shaheen reportedly presented a request to the US Senate calling on the US administration to grant Lebanon an exemption from the Caesar Act’s repercussions, Lebanese-American lawyer Cyline Atallah said in a statement on Tuesday.

The request was signed by Shaheen and Senators Chris Murphy and Tim Kaine.

The US administration had granted Iraq a similar exemption, within a specific mechanism, towards Iran despite sanctions imposed on Tehran. It said a similar mechanism can be applied in Lebanon, allowing it to buy electricity from Syria during the reconstruction period, according to the statement.

Lebanese ambassador to Washington, Gabriel Issa, had earlier proposed the idea of exemptions and submitted an official request to that effect to both the State Department and the US Treasury and to OFAC.

Issa reportedly sought to advocate for the request in cooperation with Atallah. On her part, Atallah contacted officials at the US State Department, and parties who worked on the text of the Caesar Act.

In parallel, Atallah worked with Senator Shaheen on the issue of exemptions, given the US administration's hard-line stance towards Lebanon recently.

It is not by accident that Naharnet calls her Lebanese-American and not the reverse. What do you expect from a Lebanese who sits in the US Senate. At least she has now proved exactly where her loyalties lie, and it is not in Washington.