Mustaqbal Objects to Amnesty Law on Agenda of Wednesday Session 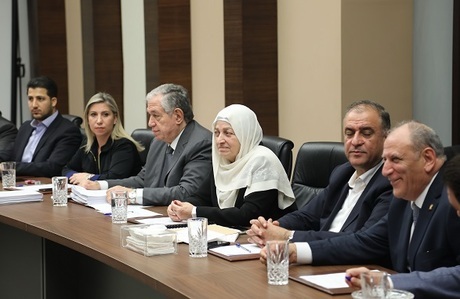 Al-Mustaqbal parliamentary bloc does not agree to the current text of the general amnesty draft law that is on the agenda of Wednesday’s legislative session, the head of the bloc MP Bahia Hariri said Tuesday.

“The proposed format does not fulfill our demand and that of the relatives on ending the injustice and unfairness against a large number of detainees,” Hariri’s press office said in a statement.

“Therefore, the bloc insists that the amnesty law should include a clause on slashing penalties in the format that we have proposed,” the press office added.

Mustaqbal no longer represent Lebanon’s Sunni community, they only represent themselves.

Saad Hariri contributed to sabotaging the French initiative when he gave a sectarian turn by agreeing to giving the Shia duet the finances ministry. Macron was absolutely against it.