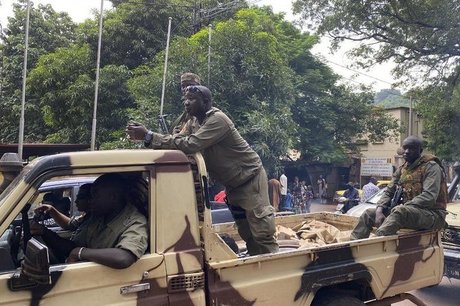 A second batch of jihadists has been freed in Mali, sources said Tuesday, boosting speculation that a French charity worker and Malian politician held by the insurgents may be freed in a swap.

About 30 "jihadist prisoners were released" late Monday and early Tuesday "and were flown north," a Mali security source said.

"It's to do with the release of the hostage Soumaila Cisse and the Frenchwoman, Sophie Petronin," the source said, speaking on condition of anonymity.

More than 100 suspected or convicted rebels were released at the weekend, an official in charge of the negotiations said on Monday.

They were released in the central region of Niono and the northern region of Tessalit after arriving by plane.

Cisse, a 70-year-old former opposition leader and three-time presidential candidate, was abducted on March 25 while campaigning in his home region of Niafounke ahead of legislative elections.

Petronin, a French charity worker who is now 75, was abducted by gunmen on December 24, 2016, in the northern city of Gao. She is the last French national held hostage in the world.

Her son, Sebastien Chadaud, who lives in Switzerland, flew to Paris on Tuesday "and should be in (the Malian capital) Bamako in the early afternoon," Petronin's nephew, Lionel Granouillac, told AFP.

"He went there on his own initiative. He left this morning," Granouillac said, speaking in southwestern France, adding, "You have to be very cautious" about the outcome.

The last video in which Petronin appeared was received in June 2018. She seemed tired and emaciated, and appealed to French President Emmanuel Macron for help.

In another video in November 2018, in which she did not appear, her kidnappers said her health had deteriorated.

"We are doing everything to get some good news. They (the negotiators) have been out in the bush (the desert) since yesterday. We are waiting," an official in Tessalit who is close to the mediators told AFP.

An official in the northern town of Timbuktu said "the problem is that the two hostages are not in the same place. They have to be brought together in order to have them released."

Mali is in the grip of a double crisis.

An eight-year-old jihadist insurgency that began in the north of the country has since spread to the country's fragile centre and now rattles neighbouring Burkina Faso and Niger.

The country is also in the aftermath of a military coup that toppled President Ibrahim Boubacar Keita on August 18.

Keita has been replaced by an interim president, Bah Ndaw, a former foreign minister and retired colonel selected by the junta.

He appointed a 25-member government on Monday, of which four key posts have gone to colonels.

Mali's former colonial ruler France has 5,100 soldiers deployed across the Sahel region as part of its anti-jihadist Operation Barkhane.