Rampling Says ‘There is a Cause of Hope' in Lebanon 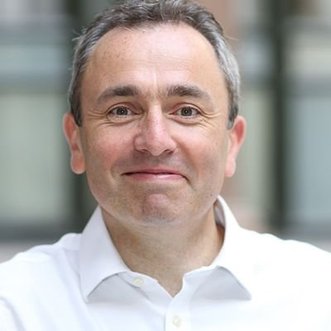 UK Ambassador to Lebanon Chris Rampling marked the first anniversary of the popular protests in Lebanon on Saturday.

It is 1 year since the Lebanese people took to the streets demanding a better future, a prosperous economy & the rule of law, through peaceful demonstration. There was such a mood of hope, and so much energy. Lebanese of all ages, sects, religions & backgrounds stood together.

For most, hope is now despair. The last year has seen unprecedented challenges: inflation, poverty, unemployment, COVID, & the unspeakable tragedy of. We have not seen serious progress on accountability and transparency. The future is uncertain: very many are very anxious.

Lebanon must find its path back to stability/prosperity. All know what must be done and the international community remains united: the leaders must deliver where so far they have failed. Urgent reforms, under an effective govt, putting aside self and community interest.

There is cause for hope. There is now open discussion about the scale of the changes necessary, and about issues that had for too long been taboo. There are good people in parts of the administration, and they need support (which we will continue to provide).

Most Lebanese people are driven by decent values. It is not for nothing that activism has been overwhelmingly peaceful, and men on motorbikes driving through crowds have been rejected. Other countries would have (and indeed have) seen more violence.

My team at @ukinlebanon have been incredible. They have supported each other and listened, adjusted to today's challenges, and thought ahead to tomorrow's. We are supporting new areas (eg health), while doubling down in those we know, like security, education, humanitarian.

The UK has been for many decades, and will remain, by the side of the Lebanese people. To drive the future you deserve, and for security and sustained stability. And supporting those most vulnerable and in need, throughout Lebanon.

The uk sends to lebanon the best people as ambassadors, they beleive in us more than we believe in ourselves

I and heartened by the optimism of the Ambassador as it reconfirms that the UK want the best and fairest for the people of Lebanon.