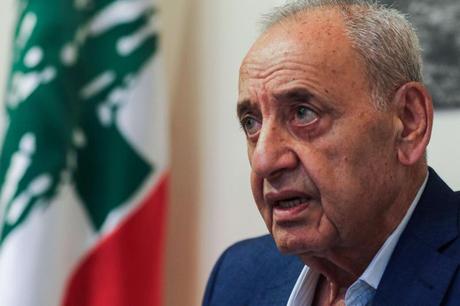 Speaker Nabih Berri has reportedly described as “obscure” the atmosphere around the controversial formation of Lebanon’s government, media reports said on Monday.

The Speaker was quoted as saying that “the atmosphere surrounding the government file is still gray and foggy because of the deadlock in consultations,” which were postponed until next Thursday.

Sources close to Berri said the Speaker voiced hopes that progress would be achieved this week to break the deadlock.

A statement issued by the Presidency said Aoun took his decision “at the request of some parliamentary blocs, after difficulties emerged.”

Why doesn't this guy contract COVID-19 and dies like a cockroach that he is?