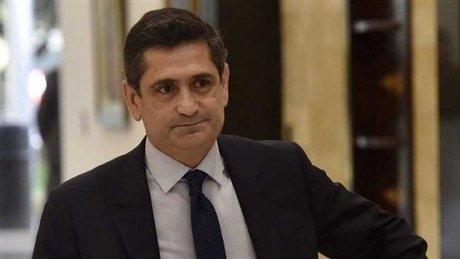 The Strong Republic parliamentary bloc of the Lebanese Forces, MP Richard Kouyoumjian said Monday that the mere participation of the LF in Thursday’s binding consultations to name a new prime minister grants it the legitimacy needed.

“The mere participation of the Lebanese Forces in the binding parliamentary consultations gives the talks the constitutionality needed regardless if the bloc names the nominated figure or not,” said MP Richard Kouhoumjian in a tweet.

He urged political parties, in a hint at the Free Patriotic Movement, “not to confuse between the number of votes and result of the consultations with the firm principles of the constitution.”

On Sunday, a Free Patriotic Movement MP said the party’s parliamentary bloc might grant the new government its vote of confidence although it will not name Saad Hariri in the binding parliamentary consultations to pick a new premier.

The FPM dubs “unconstitutional” any consultations to name a new PM or a government format that fails to garner the approval of the two largest Christian parliamentary blocs, FPM and LF.

all families ( names ) who were involved in the civil wars should be excluded from consultations and participation in the new government.

the reason is simple :warlords can not think in constructive manner, this they proved in the past 3 decades.

Lebanese forces ; the only party against Hezbollah