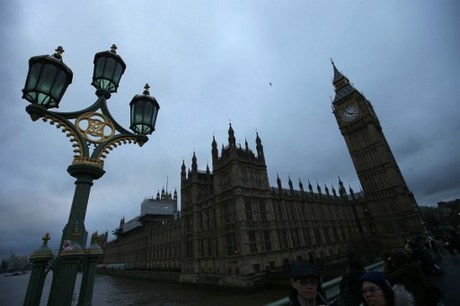 The European Union on Monday signaled a potential breakthrough in stalled Brexit talks in a move welcomed by Britain, which stressed however that it would not accept a deal at any price.

Addressing a major British bone of contention after an inconclusive EU summit last week, EU negotiator Michel Barnier said Brussels was now willing to embark on an intensified round of talks on the basis of legally binding texts.

"I welcome that and obviously we need to make sure we work on the basis of the proposed intensification that they propose," senior minister Michael Gove told parliament, following a tension-defusing contact between Barnier and UK counterpart David Frost.

"I prefer to look forward in optimism rather than back in anger," Gove said, while stressing: "We do sincerely want an agreement but we can't have an agreement on any terms."

Moments earlier, before he was made aware of Barnier's offer on Twitter, Gove had told MPs it would be "meaningless" to resume trade negotiations unless Brussels recognized Britain's new-found sovereignty from next year in areas such as fishing and state aid.

Those are two of the biggest stumbling blocks holding up an overarching agreement once Britain finishes a post-Brexit transition period at the end of this year, and goes its own way after 45 years of European integration.

In the absence of a deal, Britain and the EU would trade on a barebones arrangement governed by World Trade Organization (WTO) tariffs and quotas, which would be disruptive at best and ruinous at worst for many businesses.

On Friday, after the EU summit, British Prime Minister Boris Johnson declared he was ready to abandon talks and revoked an invitation for Barnier to come to London this week.

Gove then on Monday launched an information campaign advising businesses that "time is running out" to be ready for a complex new trading chapter from 2021, deal or no deal.

But industry groups warned anew of potential chaos for road hauliers and the possibility of drugs shortages, with vital preparations still in the early stages by Britain's government.

Confederation of British Industry deputy chief Josh Hardie said a "hat-trick of unprecedented challenges" loomed thanks to the coronavirus pandemic and "uncertainty over the UK's trading relationship with the EU".

There was a better atmosphere in another track of talks on Monday between Gove and European Commission vice president Maros Sefcovic, who both relayed progress on guaranteeing the rights of each side's expatriate residents after Brexit.

"I am pleased to report that in this forum, the approach from the EU is very constructive," Gove told parliament.

Sefcovic likewise sounded upbeat about citizens' rights, while cautioning in a statement that Britain must uphold the "full and timely implementation" of post-Brexit arrangements for Northern Ireland under a peace deal for the troubled territory.

Britain has threatened to redraw its existing divorce treaty with the EU under a new internal market bill to regulate post-Brexit trade within the UK, including for Northern Ireland.

The contentious law has passed Britain's House of Commons and Monday being debated in the upper chamber, the House of Lords, which includes Anglican bishops.

In a rare joint letter published in the Financial Times, the five most senior bishops including Archbishop of Canterbury Justin Welby said the bill set a "disastrous precedent" for violating the rule of law.

British business groups say they are doing all they can to prepare for Brexit but are hampered by a lack of government clarity, including about a new IT system for EU-bound truck drivers that is still in the testing stage.

The Association of the British Pharmaceutical Industry urged the government to agree a sector-specific agreement with the EU to ensure an uninterrupted flow of lifesaving drugs, if a comprehensive trade deal cannot be reached in time.

"Our members are preparing for the end of the transition period at the same time as coronavirus cases rise across Europe," ABPI chief executive Richard Torbett said.

"This should be enough to focus minds."