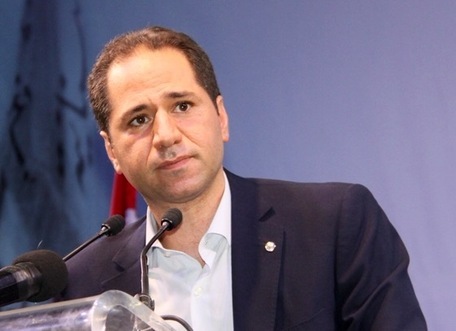 A meeting was held away from the media spotlight between Kataeb party chief Sami Gemayel and US Assistant Secretary of State for Near Eastern Affairs David Schenker during the latter's visit to Beirut last week, media reports said on Tuesday.

According to Kataeb sources, discussions between the two men focused on issues previously highlighted during an earlier meeting between Schenker and resigned Lebanese MPs, including Gemayel, at Kataeb party headquarters in Bekfaya.

The sources refused to dwell on the details, but said that Gemayel emphasized the “party's clear position it launches in secret and in public,” regarding the developments in Lebanon.

Schenker, the top American diplomat for the Middle East, was in Beirut last week as part of indirect negotiations between Lebanon and Israel over their disputed maritime border.

According to the sources, Schenker has held several meetings other than those announced through the media.

Schenker also paid the country a visit after the Beirut port blast and met members of Lebanon's civil society. He did not hold talks with politicians at that time.

This man has a trustworthy face..