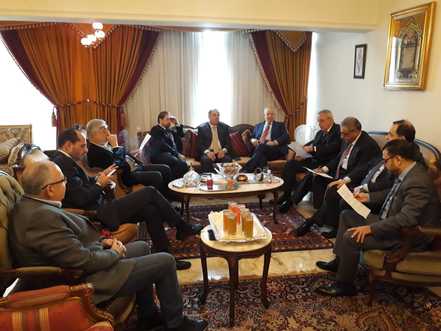 The Consultative Gathering, a grouping of Sunni MPs, announced Tuesday that it will not vote for ex-PM Saad Hariri in the binding parliamentary consultations to name a new PM.

“With a lot of regret and astonishment, we ask if it is acceptable to downsize our major crises to the empty debate over respecting the National Pact in the designation of a premier or the formation of the cabinet?” the Gathering said in a statement, noting that the debate should be over “the government’s reformist rescue program that should be implemented.”

Warning against any “waste of time and rescue chances,” the Gathering said it will take part in Thursday’s consultations but will not name “the sole candidate who has designated himself as premier to carry on with the same policies, without clarifying his financial, monetary or economic policies.”

It seems that only Berri and Ebola are willing to vote for Hariri... This will not end... well.