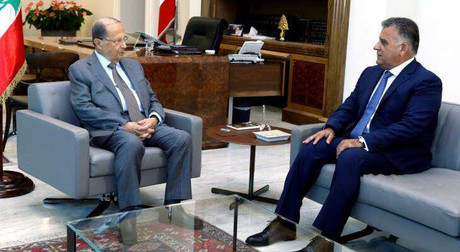 Ibrahim briefed Aoun on the outcome of his meetings with US officials, and about the information he had regarding the files he had discussed with them, without any reference to the government formation file, said the daily.

The General Security chief told Aoun that he is in good health and has not experienced any unusual symptoms as a result of COVID-19. He plans to return to Beirut tomorrow or the day after at the latest, according to the daily.

“The government file was not on the agenda,” sources told the daily.

Ibrahim had met top security officials and others from the Trump administration during his several-day visit to the U.S. capital over the weekend.

He was planning to visit France afterwards but contracted the virus.

If Covid was so bad how come half the government contracted it and yet non of them have died?