'Do Not Count on Miracles', Says Kubis after Hariri's Designation 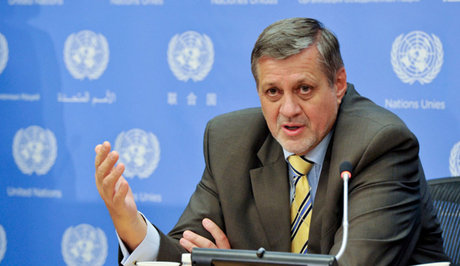 Do not count on “miracles, foreign elections or external donors – the rescue must start in Lebanon, by Lebanon,” U.N. Special Coordinator for Lebanon Jan Kubis said Thursday, shortly after ex-PM Saad Hariri was named to form a new government.

“No country, moreover #Lebanon in catastrophic freefall can survive endlessly without an effective pro-reform government as the only way to start rescuing the country and its people from further collapse, from chaos and extremism,” Kubis tweeted.

“It is the traditional political forces that have again put on themselves to choose the way forward, regardless their numerous failures in the past and deep skepticism about the future. It is up to them to help the designated PM rapidly create an empowered, action-oriented government, to start delivering the well-known reforms,” the U.N. official urged.

It is UN general coordinator for lebanon. Not US