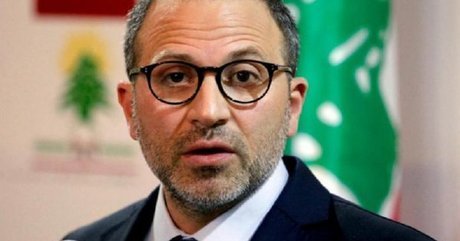 Bassil’s media office said the “suspicious report, comes in an Israeli context aimed at disrupting the negotiations taking place, and reflects a personal targeting of Bassil shared between the Israeli lying machine and tools inside Lebanon.”

The Israeli Broadcasting Corporation "Makan" quoted on Thursday an Israeli security source claiming that Bassil had a “big secret role in the negotiations between Lebanon and Israel regarding the demarcation of the border between them.”

It also claimed that Bassil "had met with Israeli and US officials in various countries to discuss the demarcation file, and that he allegedly pledged to obtain the approval of Hizbullah in this regard."

Makan also claimed that the FPM chief had "coordinated" with the US side to keep the file in the hands of Parliament Speaker Nabih Berri, who is following up the issue with the Americans through mediators in Washington of Lebanese origin.

Bassil and FPM officials’ contact with Israelis in not new

Where are the Israeli trolls that naharnet allows to comment on this site??

a crook and a compulsive liar.. no morals no principles, no ethics