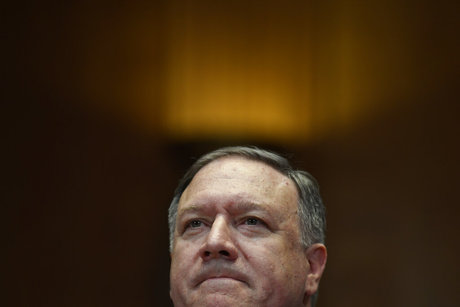 U.S. Secretary of State Mike Pompeo on Friday announced that the United States “will continue to target, disrupt, and dismantle Hizbullah’s financing and operational networks,” in a statement marking the 1983 bomb attack on the U.S. marine barracks in Beirut that killed 241 U.S. service members.

“This attack, and the many more that followed around the world, make clear Hizbullah’s commitment to violence and bloodshed and demonstrate its continuing disregard for the lives of the very people that it claims to protect.  These terrorist acts have unmasked Iran, Hizbullah’s patron, as a rogue state willing to pursue its malevolent interests at all costs,” Pompeo said.

“On this solemn day, we honor the sacrifice of those brave Americans, and we renew our commitment to preventing Hizbullah and its sponsor Iran from spilling more innocent blood in Lebanon or anywhere in the world,” he added.

“The United States will continue to target, disrupt, and dismantle Hizbullah’s financing and operational networks, and will continue to take all actions available to starve this terrorist entity of funds and support.  We are grateful for the nations around the world that have designated or acted to ban the activities of Hizbullah as a terrorist organization,” Pompeo went on to say.

In just how many Lebanese banks does Hizballah have accounts? But no-one in the Lebanese Government (mainly the PM and the Minister of Finance) together with the Governor of the Bank of Lebanon is willing to do anything about it.
But remember, the Americans know the facts, so don't say in the future, we knew nothing about this.