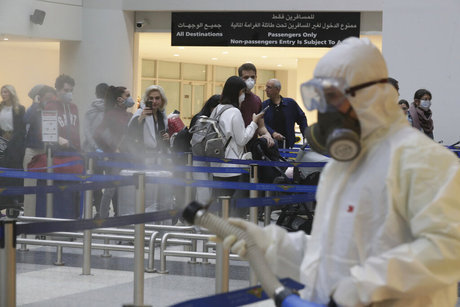 Lebanon on Friday announced 1,534 new COVID-19 deaths, the highest daily tally so far for the small country since the first infection was detected on February 21.

In its daily statement, the Health Ministry said 1,460 of the cases were confirmed among residents and 74 among people coming from abroad.

The new cases raise the overall tally to 68,479 while seven more deaths recorded over the past 24 hours take the death toll to 559.

The country has meanwhile recorded 32,412 recoveries.

Four of the cases announced on Friday were recorded among health workers.

Hospitals meanwhile admitted 685 patients into coronavirus sections over the past 24 hours, including 242 into intensive care units.

According to the Health Ministry statement, 14,066 PCR tests were carried out over the past 24 hours, among them 1,100 at Beirut airport.

You may want to word check. I think you mean 1534 CASES, not deaths.

Are you sure 1534 death! NOT new cases? Hello Naharnet!