Wildfires Break Out in Lebanon 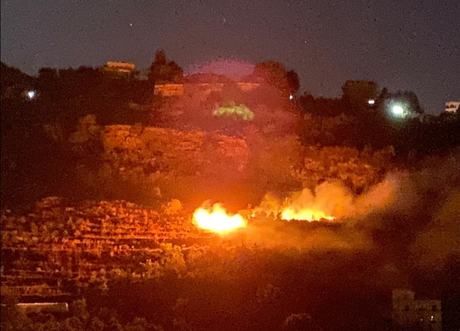 Wildfires triggered by a heatwave unusual for this time of the year broke out in different Lebanese regions, the National News Agency reported on Saturday.

In the Jbeil town of Bentael, a large fire broke out after midnight and spread over an area of more than 70 thousand meters of land, said NNA.

The flames were getting very close to residential places and destroyed large areas of trees.

Fire also broke out in Dinnieh in Bkaasefrin, in Batroun’s towns of Jrebta and Sghar, in south Lebanon’s town of Naas in Hasbaya and in the town of Hebbarieh, and in the outskirts of Qbayat in Akkar.

In Sidon fire broke out in olive groves on the Shamma highway.

Firefighting teams of the Civil Defense fought fires in the country’s north, and south.

People demanded that investigations be run into the incidents.