Do Not Leave behind Christians, al-Rahi Tells Hariri 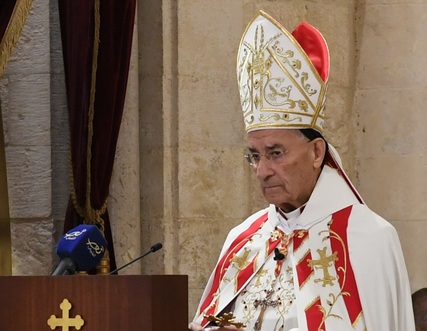 Maronite Patriarch Beshara al-Rahi on Sunday called on PM-designate Saad Hariri not to marginalize the country’s Christians in the formation of the new government and in its policies.

“Rise above the conditions and counter-conditions of political groups and avoid the quagmire of interests and share splitting,” al-Rahi said, addressing Hariri, in his Sunday Mass sermon.

“In order to reach this goal, we tell you, respectfully and cordially, to only commit to the articles of the Constitution and the National Pact, the requirements of salvation, and the rule of balance in the full rotation of ministerial portfolios,” al-Rahi added.

“Beware of secret bilateral agreements and promises, seeing as they carry the seeds of disputes and conflicts at the expense of the success of the government,” the patriarch added.

He also called on Hariri not to “leave behind Christians,” reminding him that his father, slain ex-PM Rafik Hariri, used to reiterate that “the country cannot function without Christians.”

Here we go again with sectarianism.

They all talk they want a civil secular society but at every opportunity they bring up sects.

Agree with all previous comments.
He’s ruined it. Now we’re back to counterproductive sectarian tribalism.
All religious figure heads: enact the best values of your prophets by helping propagate a unitary ethos for our country that transcends all of its sects. Otherwise you’re playing corrupt politics and should stfu.