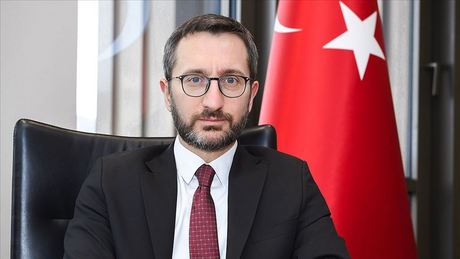 Turkey said on Sunday "offensive caricatures" of prophet Mohammed were being used to intimidate Muslims in Europe under the guise of freedom of expression.

European attitudes demonizing Muslims were reminiscent of how the Jews in Europe were treated in the 1920s, said Fahrettin Altun, communications director at the Turkish presidency.

French President Emmanuel Macron's policies to defend his country against radical Islam have angered Turkey, which is predominantly Muslim even if officially a secular country.

"The dog whistle politics of offensive caricatures, accusations of separatism against Muslims, and mosque raids isn't about freedom of expression," Altun tweeted in English.

"It's about intimidating and reminding Muslims that they are welcome to keep the European economy going, but they will never belong — against the backdrop of lectures about integration.

"Everything we see about Muslims in European public culture today is eerily familiar to the demonization of the European Jewry in the 1920s," he added.

Relations between Macron and Erdogan have becoming increasingly strained over a number of issues.

The debate over France's policies toward Muslims was given new impetus by the murder this month in France of a teacher who showed his class a cartoon of the prophet Mohammed.

Macron vowed this week his country would not "give up cartoons" depicting the prophet.

Visual representation of the prophets is strictly forbidden in Islam and to ridicule or insult the Prophet Mohammed is punishable by death in some Muslim countries.

"Some European leaders today do not just target Muslims in their midst. They attack our sacred values, our scripture, our prophet and our political leaders — our way of life," said Altun.

He said Europeans needed to understand: "Muslims won't go away because you don't want us. We won't turn the other cheek when you insult us. We will defend ourselves and our own at all costs."

I don’t believe ataturk would agree. Turkey today is way off the path laid down by its founder Mustafa Kamal who’s turning in his grave in disgust of what Erdogan is doing to his legacy.

Should Muslims have no right to offend those exercising their freedom of expression by protesting against it? Those who have those freedoms don't wish to be "intimidated" from expressing them by those too fragile to handle it.