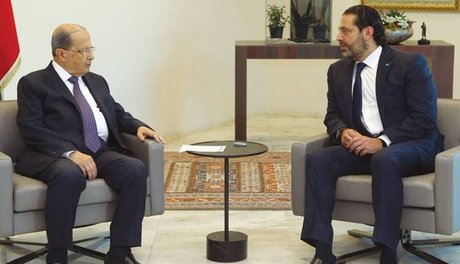 Prime Minister-designate Saad Hariri held a meeting Sunday afternoon with President Michel Aoun, their second meeting in the past 48 hours.

“Progress was made in the file of the formation of the new government,” the Presidency announced in a tweet after the talks.

Hariri had announced after Saturday’s meeting that the discussions were “lengthy” and “positive.”

Media reports published Sunday morning had said that the new government would likely be formed within two weeks and that the move would positively affect the situations in Lebanon, including the dollar exchange rate.

Hariri has announced that he intends to form a government of specialists that would implement the French initiative.

Probably I missed it, I read often the 2 words " French initiative", but I never read the details of this initiative, am I the only one?