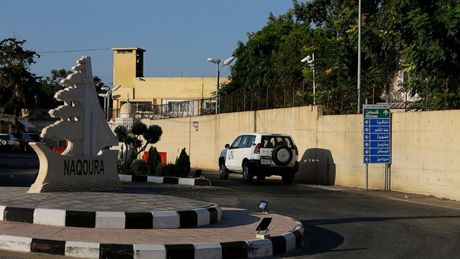 A second round of US-backed negotiations to demarcate the sea border between Lebanon and Israel was postponed for “technical” reasons, al-Joumhouria daily reported on Monday.

The session was scheduled to be held today but was postponed at the request of the US team, prominent sources told the daily.

They said that the Lebanese and Israeli sides have reportedly responded to an American request, supported by the leadership of UNIFIL, to postpone today's session for another 48 hours.

The delay was attributed to the American delegation, led by Ambassador John Dorscher, who is still awaiting the arrival of technical equipment needed to complete the task assigned.

Lebanon and Israel began indirect talks on October 14 over their disputed maritime border with American officials mediating the talks that both sides insist are purely technical and not a sign of any normalization of ties.

The talks began at a U.N. post along the border known as Ras Naqoura, on the edge of the Lebanese border town of Naqoura. The Lebanese delegation will speak through U.N. and U.S. officials to the Israelis.

Techincal delays are probably awaiting another Arab nation to accept Israels right to exist. Lets hope that KSA gets its peace agreement with Israel so Iran can go back to its pre-iron age existance.