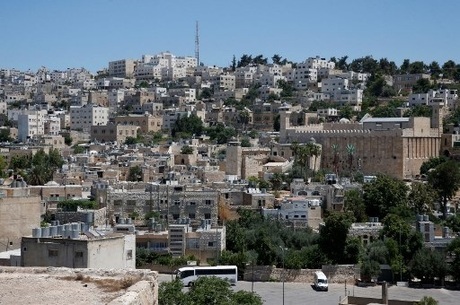 Israel is set to approve construction of Jewish settler homes in a flashpoint area of the West Bank city of Hebron for the first time since 2002, the anti-occupation group Peace Now said Tuesday.

It condemned what it called an attempt to "squeeze in" the approvals before next week's US presidential election when Donald Trump faces Democratic challenger Joseph Biden, who views such settlements as illegal.

Peace Now, which tracks settlement construction in the occupied territory, said Israeli military authorities had given the green light to the construction of 31 settler housing units "in the heart of Hebron".

Hebron is considered a West Bank powder-keg where around 800 Jewish settlers live under hefty Israeli army security, surrounded by around 200,000 Palestinians.

The city includes the site known to Muslims as the Ibrahimi Mosque and to Jews as the Cave of the Patriarchs, which is revered by both faiths.

Peace Now and the Hebron municipality challenged that project in court.

In 2018, Israel's government allocated more than 21 million shekels ($6.2 million) to the project, according to Peace Now.

The Jerusalem District Court had told the state that the project cannot go ahead until the legal challenge is resolved, with a hearing set for January 31, Peace Now said.

But Israeli authorities told the court on Sunday that they would issue the permits within a week, the non-government group said.

"The state was quick to issue the building permit even though the court has explicitly ruled that work should not start until the... hearing takes place," said Peace Now's statement.

"The state explains to the court that although the court order prohibits the commencement of the works, it does not prohibit the issuance of the permit itself," it added.

Peace Now linked the timing of the approvals to next week's US presidential election.

Trump has not criticised Jewish settlement construction in the West Bank.

Biden was the vice president in the Barack Obama administration that considered Jewish settlement building in the West Bank illegal, a position in line with international consensus.

"The attempt to squeeze in this construction of 31 settlement units before the US election is an unscrupulous act that threatens Israel's national interest and relations on the world stage," Peace Now said.

About 450,000 Jewish settlers live alongside roughly 2.7 million Palestinians in the West Bank, which Israel has occupied since 1967.