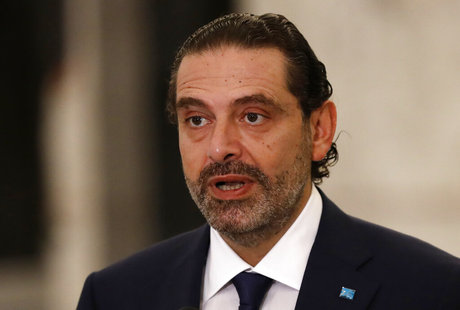 Prime Minister-designate Saad Hariri on Thursday said he strongly condemns the “abhorrent” deadly attack on a church in the French city of Nice.

“Terror has no religion and all Muslims are asked to deplore this criminal act that has nothing to do with Islam nor with the prophet of love on the occasion of his blessed birthday,” Hariri said in a tweet.

The attack comes amid growing anger among Muslims over French President Emmanuel Macron's vow not to "give up cartoons" depicting the Prophet Mohammed.

On Thursday Muslims across the world are celebrating the anniversary of the Prophet's birthday.

Yes but only 2 days ago, the mufti, an ally of Mr. Hariri, strongly condemned France and its secular & freedom system, inciting hatred & vengence towards the French state.

Why dont you hear about Hindu, Jew or Buddhist terrorists, despite these religions being among the most procsecuted ones. I think muslims acorss the world need to introspect on the religious teachings of Islam and why is it promoting so much of hatred, terror and extremism amongst a large section of its followers