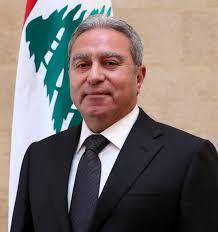 Caretaker Minister of Social Affairs Ramzi Msharrafieh announced Friday that the Lebanese government’s plan to repatriate Syrian refugees back home was adopted at this week’s Damascus conference on the displaced.

He said a time frame for the return of refugees is set to be approved in coming meetings.

“The refugee conference in Damascus adopted the Lebanese government's plan in this regard, and this plan was presented to the Russian delegation and to the concerned persons in Syria,” said Msharrafieh.

In televised remarks on LBCI, he said that Lebanon has the “highest refugee density in the world, reaching to one third of Lebanon's population amid a crunching economic and health situation.”

He said the issue is being tackled from a humanitarian perspective away from politics, noting that "Syria provided shelters for the displaced persons.”

Msharrafieh stressed that “the exodus from Syria was a result of a security situation rather than political,” noting that a time frame will be set for the return of the displaced."

Syria's government kicked off a two-day Russia-backed conference in Damascus Wednesday towards facilitating the return of millions of Syrian refugees to the war-torn country, despite reservations within the international community.

Of neighboring countries hosting the bulk of Syrian refugees, only Lebanon and Iraq sent representatives, according to organizers.