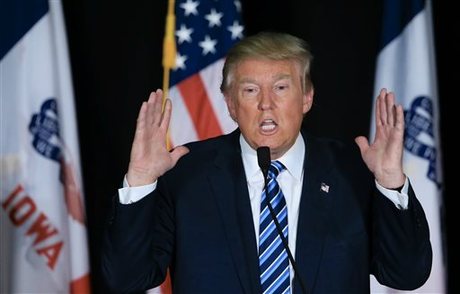 With little more than two months left in office, President Donald Trump appears to be pushing ahead with plans to pull out of Afghanistan as he stacks the Pentagon with loyalists.

Trump, who refuses to acknowledge defeat to President-elect Joe Biden, in his campaign declared that he was winding down "endless wars" and his new picks are enthusiastic supporters of his position.

Biden broadly shares Trump's desire to end America's longest war, if not the same political calendar. But the timeline has caused alarm in some quarters, especially as there is little sign of progress in talks between the Afghan government and Taliban insurgents.

French Foreign Minister Jean-Yves Le Drian said he would raise concerns about the precipitated U.S. withdrawal from both Afghanistan and Iraq when he meets Secretary of State Mike Pompeo on Monday in Paris.

"We don't think that should happen," Le Drian, whose country is especially concerned about terrorism, said in a television interview.

Trump on Monday sacked Defense Secretary Mark Esper, who was known for his caution and had also opposed Trump's use of troops at home against anti-racism protesters.

The acting defense secretary until Biden's January 20 inauguration is Christopher Miller, a former special forces lieutenant who had taken the reins at the National Counterterrorism Center just three months ago.

Macgregor -- whom Trump nominated in July to be ambassador to Germany, although he is virtually certain not to be confirmed in time -- had earlier voiced disappointment that Trump had not completed the pullout.

"It doesn't make any difference when we leave. It's all going to fall apart," Macgregor said of Afghanistan earlier this year in an interview with Fox News host Tucker Carlson, whose show Trump avidly watches.

"But the good news is that once we're out, at least we will no longer be subsidizing the corruption and we will no longer subsidize Afghanistan as the global engine of heroin production, which it has become under our watch."

Trump has not given reasons for the shakeup at the Pentagon, with some suggesting that his administration may simply want to pad the resumes of loyal aides in the final months.

But Senator Rand Paul, a Republican critic of foreign military intervention, hailed Macgregor's appointment as a sign of determination on leaving Afghanistan.

"This and other picks for Pentagon are about getting the right people who will finally help him stop our endless wars," Paul tweeted.

Trump has said he wants to reduce the number of troops in Afghanistan to 2,500 in early 2021 and has mentioned a total withdrawal for Christmas, but military leadership has insisted on linking any withdrawal to a drop in violence on the ground.

Under an agreement signed in February with the Taliban, the United States expects to leave, subject to conditions, in mid-2021, nearly 20 years after the September 11, 2001 attacks that triggered the war.

Even if they are careful not to criticize the White House position openly, military leaders say there shouldn't be fewer than 4,500 U.S. troops in Afghanistan without proof the Taliban is stopping jihadist groups such as al-Qaida.

The military want to link the withdrawal process to the level of violence on the ground and say that an orderly withdrawal -- involving thousands of troops, equipment, heavy armaments and vehicles -- cannot be done by January 20 without leaving behind military hardware that could fall into enemy hands.

Paul rejects the concerns, saying that there is "only one commander in chief" -- Trump.

"When he orders the troops out of Afghanistan, the only proper answer is 'Yes sir.'"

The Pentagon's policy director, the third-ranking official in the sprawling bureaucracy, resigned one day after Esper's ouster and was replaced by a staunch Trump supporter, Anthony Tata.

The retired brigadier general is a commentator on Fox News who is known for his tweets denouncing Islam and for calling former president Barack Obama -- who as commander in chief authorized the raid that killed Osama bin Laden -- a "terrorist leader."

Finally justice , this man is a salesman, he can't be a leader of a country, farewell fake president.

In fact, this man resembles the Lebanese president: he is stubborn, self-centered, his son-in-law is his right hand etc ...