Shells Used in Families Clash over Smuggling in al-Qasr 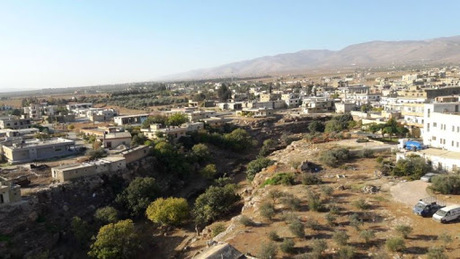 An armed clash broke out Tuesday in the Lebanese town of al-Qasr which borders Syria over smuggling operations, the National News Agency said.

NNA said the clash between the Nassereddine and Jaafar families involved the use of light- and medium-caliber weapons and shells and that no casualties were reported.

The agency said the clash erupted after a crash between two cars and shooting at a tanker that was passing in the area.

The army has since scrambled vehicles to the area and is staging patrols to pursue the shooters.

“A patrol from the Intelligence Directorate is raiding the places of gunmen from the two families while four checkpoints were erected at the town’s entrance and in its vicinity,” NNA added.

I suppose these terrorist families are all good Catholics or Sunni?

I am sure they are not like you who claims to be a “Lebanese Sunni” who lives in a Jewish settlement.

Do you know what a biggot is ya Ali? If you did you would realise that is your middle name! You hate anyone who is not aligned with your hatred thinking.

I am sure they are all peace loving God fearing people SOS all wanting the best for Lebanon and nothing else lol....

Big John do you ever wonder why your thoughts are the minority? Perhaps because it doesn't improve Lebanon's situation? Think about it.

Minority??? And the majority are a team Lahd lovers like you you, idiot?