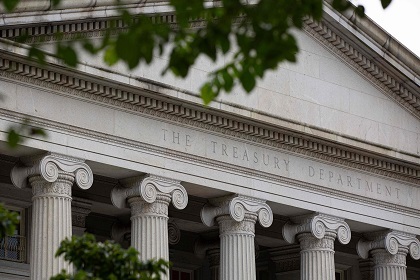 A new batch of US sanctions are expected to be issued this week against “one or more” Lebanese political figures, MTV TV channel reported on Wednesday.

Quoting a source from the U.S. administration, MTV said the sanctions will be issued in accordance with the Magnitsky Act, without specifying the identity or number of political figures included.

U.S. sanctions against Lebanese politicians have so far included a number of Hizbullah political and security officials, businessmen close to the party and companies dealing, or accused of financing Hizbullah.

Us losers have nomore dineiro . Thanks to shias and m8 who stole and ruined our lives.

"Ruined our lives".
So is that why you live in Portugal and not Lebanon?

Yalla! More sanctions please! and on every single politician!! confiscate their assets, prevent them from travelling and throw them in jail! you can also hang them if you want! they don't deserve to breathe

What if sanctions were arapplied to the those who have stolen the people money. This is the way depositors can be able to recover their savings