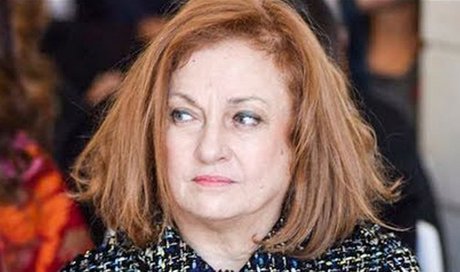 Mount Lebanon Prosecutor Ghada Aoun on Wednesday accused the Special Investigation Commission at the Central Bank of Lebanon of “procrastination and refusing to practice its job.”

“The Special Investigation Commission is being exploited. It has not responded to my request a year ago for a statement of account,” said Aoun in telephone remarks to Nharkoum Saeed TV show on LBCI channel.

Aoun had earlier said she requested the SIC for a statement of account disclosing the banking secrecy of fuel importing companies and a number of persons involved in the case of the fuel import fraud.

“I am ready to resign today. I do not want to be a false witness,” she added.

The Prosecutor accused the Commission of negligence.

“The Commission is the most important body to detect corruption and theft of public funds but it fails to attend to its responsibilities,” she said, accusing it of “procrastination on this issue.”

“I am ready to resign today. I do not want to be a false witness,” she added.

the least a corrupt person can do is resign!

Cronyism has infected the entire Lebanese entity. My goodness I never knew there so many Aoun Family in all aspects of government.