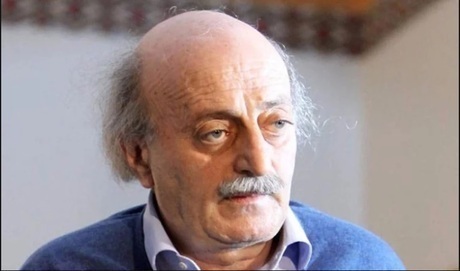 “Regardless of political divisions, the government of PM Diab in its caretaker capacity is not entitled constitutionally to abstain from carrying out its duties, until a new government is in place,” said Jumblat in a tweet.

Jumblat said some important decisions must not remain pending until a new cabinet gets lined up, “mainly ones related to the State budget and other critical decisions.”

Diab’s government resigned in the aftermath of the colossal August 4 explosion.

PM-designate Saad Hariri was assigned by the President in October, but has so far been unable to line up a government amid horse trading over ministerial portfolios between political parties.

The country is grappled in an unprecedented economic and financial crisis that led many Lebanese into poverty, amid a paralyzed authority.

Adding to the repercussions of the Beirut port explosion that devastated large swathes of the capital, came an outbreak of COVID-19 pandemic.

The country is currently in a two-week lockdown, unexpectedly ends on November 30.

Did you not have some of your lackies as ministers in the Diab fiasco?
The most consistent thing that our so called leaders do in Lebanon is point fingers eleswhere to highlight their gaps.

He does not have any of his lackies in diab's govt

Whether it represents him or his cousin, it’s all the same...

He has no cousins

"Progressive Socialist"; these peoples are great in using fancy names and titles.Looking at him I remember the Muppet show , the old one on the balcony.

The new intelligence chief is another Aouni:

Better late than never, no?