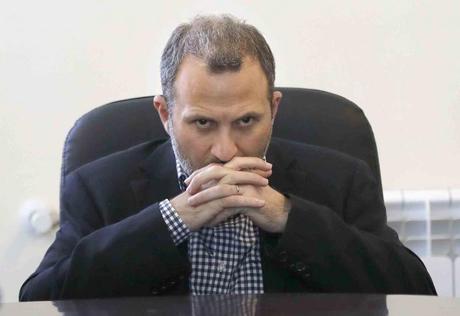 Bassil’s press office said in a statement the report was “unfounded,” and that Bassil has not yet taken any measure in that regard.

It added that discussions are underway between the FPM chief and a group of administrative, legal and political experts to study the means to uncover the truth behind the sanctions.

Earlier this month, the U.S. Treasury imposed sanctions on the son-in-law of President Michel Aoun, Bassil, saying he is “at the forefront of corruption” in Lebanon.

Bassil said he will challenge the sanctions in American courts and demand financial and moral compensation.

In his case: " branded as a thief, for the world you remain a thief."