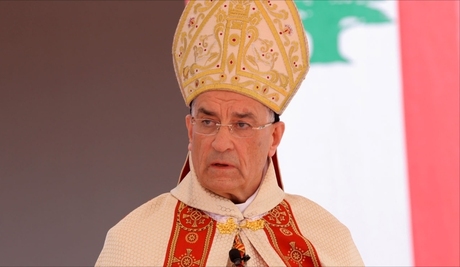 Maronite Patriarch Beshara el-Rahi hit out again at Lebanon’s political leaders holding them responsible for the "destruction" of the State.

“We blame the officials who seek to destroy the State instead of seeking to build it,” said Rahi during a meeting with a delegation of “sovereign groups,” from the October 17 uprising, said LBCI.

Rahi indirectly hinted that officials in Lebanon are not masters of their own decisions. He asked: “Who enjoys freedom in Lebanon? Lebanese are known as merchants, can a merchant enjoy being free?”

On his earlier calls to “neutralize” Lebanon from regional conflicts, the Patriarch said the Lebanese supported his call, “they found themselves in this proposal. Lebanon, a small country that is, does not wish to go into war, nor into alliances and international conflicts," stated the Patriarch.

They include according to him anybody and everybody except Aoun and his entourage.