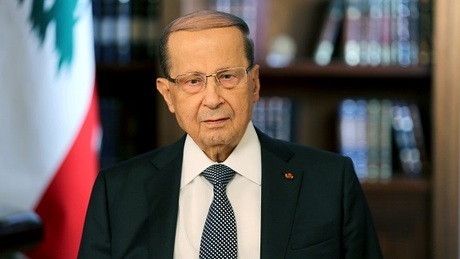 According to “well-informed” sources, the president took the decision late on Monday, deciding to send the letter based on Article 53, of the constitution, which gave him the authority to address the house of representatives, said the daily.

A group of the president’s advisors will submitted the letter to the Parliament's General Secretariat, it said.

The Parliament is set to meet on Wednesday to discuss several draft proposals related to the parliamentary elections.

New York-based Alvarez and Marsal firm has pulled out from a forensic audit of Lebanon's central bank on Friday after failing to receive data it needed for the mission.

The International Monetary Fund and France are among creditors demanding the audit as part of urgent reforms to unlock desperately needed financial support.

Alvarez and Marsal began its audit in September and set November 3 as an initial deadline for the central bank to provide it with all information necessary to complete its work.

But the central bank has handed over less than half of the documents needed to proceed with the audit.

It claims provisions of the Code of Money and Credit and the Banking Secrecy Law prevent it from releasing the rest.