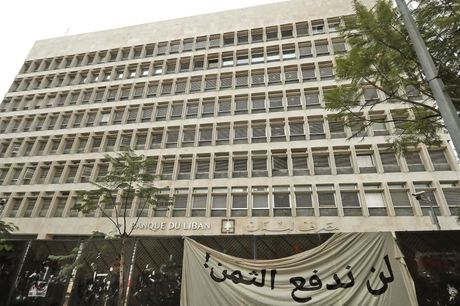 The international firm Alvarez and Marsal affirmed that it had withdrawn from a forensic audit of Lebanon's central bank accounts after failing to receive data it needed for the mission, media reports said Thursday.

The firm’s confirmation came after caretaker Finance Minister Ghazi Wazni informed President Michel Aoun on November 20 that he had received a letter from the firm terminating the contract signed with the finance ministry.

“Due to the lack of sufficient information, Alvarez & Marsal could not complete the review and formally notified the Ministry of Finance of its decision to terminate the engagement," the company said in a statement.

“In meetings held on November 4 and 5, the (Lebanese) Ministry of Finance and the Central Bank of Lebanon confirmed that the information requested by Alvarez and Marsal would not be forthcoming in the near future,” it added.

So we still can't hold anyone accountable? What a joke.

Every Lebanese knows that hizbolla is the main problem for lebanon. No nation will invest in lebanon as long as they dominate the country.sadly lebanon's problems will persist until Lebanese unite and decide whether it's Lebanon or Iran they care about