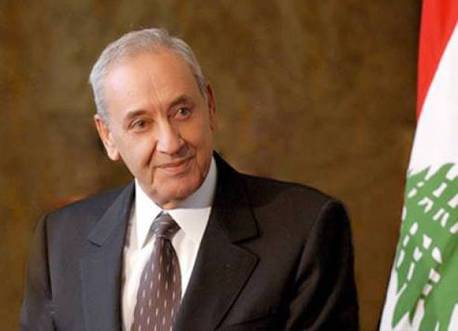 Lawmakers attended a general parliament meeting on Friday at the UNESCO Palace to discuss President Michel Aoun's message to help conduct forensic audit after the withdrawal of an international consultancy firm from the task over insufficient documents.

At the opening of the session, Parliament Speaker Nabih Berri said the audit should include not only the bank’s accounts, but the entire public institutions, LBCI TV station reported.

Urging consensus on the matter, Berri said: “I hope the audit will be conducted on the ministries and public administrations."

Hizbullah MP, Mohammed Raad said: “We firmly support an audit of the bank’s accounts and agree that the audit should be conducted on all ministries and public institutions.”

Raad suggested a temporary lifting of the bank secrecy if it impedes the audit process.

For his part, MP Ibrahim Kanaan of the Strong Lebanon bloc said the state has failed to appease the Lebanese who lost their lifetime savings in Lebanon's banks.

“The Lebanese citizen is bemoaning his lifetime savings that disappeared in the banks, and the state did not provide any explanation on how they were lost,” said Kanaan.

In any country or company, audits are a matter of fact and the norm, but not in Lebanon. Ministries have become safe havens for sectarian ministers who would act without accountability. In fact, Bassil boasted about it and was proud how budgets were prepared in Lebanon.

Gebran Bassil: We can teach Washington, London how to run a country without budget
http://english.alarabiya.net/en/News/middle-east/2019/01/23/Lebanese-FM-We-can-teach-Washington-London-how-to-run-a-country-without-budget.html

What a bunch of useless politicians---why didn't they convene BEFORE the firm figured out it wasn't going to get the documents and then leave? Most likely, this is another chance for them to say something and NOT do anything.

Of course, littlejohn will blame this on zionists.....