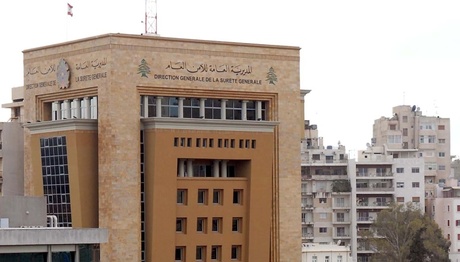 The General Security Directorate launched an investigation about two weeks ago into embezzlement accusations in the agency, and arrested two officers suspected of being involved in misappropriation of public funds including passport fees and residency visas, media reports said Saturday.

The total sum of public funds embezzled has not been determined yet, according to reports, but estimates say it could total to billions of Lebanese pounds. Investigation is focusing on the gaps that allowed this to happen, added the reports.

According to information, the process has been ongoing for several years now.

A number of officers, one is a retired sergeant, reportedly associated with the corruption network have been questioned.

General Security chief Abbas Ibrahim said in telephone remarks to al-Akhbar daily that the “Directorate opened an investigation under the supervision of competent judicial authority,” noting that “no details can be revealed before the investigation concludes.”

Ibrahim said a statement is going to be issued at the end when the suspects are referred to the judiciary.

MP Jamil Sayyed had spoken to media outlets of embezzlement in the Directorate worth of more than 14 billion Lebanese pounds.

The Directorate issued a statement after that, explaining that “secret investigation was launched ten days ago with some suspected military personnel, under competent judiciary in order to determine the perpetrators and the value of the embezzled sums, if any.”

Wife of GS Chief Ibrahim claims their son taken from her

No way, No I cannot believe it !