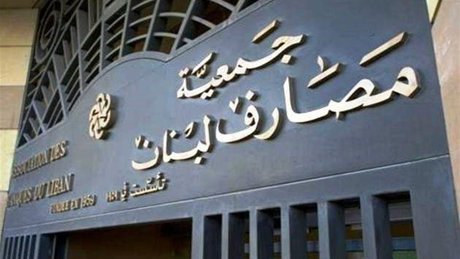 Dozens of Lebanese protesters held a sit-in on Saturday in Beirut’s main Martyr’s Square complaining about the local banks’ policies, amid a deepening economic and financial crisis gripping the country.

The protesters later moved their sit-in near to the Association of Banks in Lebanon.

Lebanon is facing an unprecedented economic and financial crisis that has seen a sharp devaluation of the local currency after more than 20 years of being pegged to the dollar.

The protesters, mainly savers with US dollar accounts demanded banks to return their lifetime savings the “same as deposited.”

Savers with dollar accounts can not access their money.

Parents are unable to transfer tuition fees to their children studying abroad, who in turn are finding it more difficult to live without cash.

Al Jadeed TV gave a new meaning to Fake News. They interviewed Jamil Sayed so he can inform them on corrupt persons in government... LOL... this Syrian stooge that through him money was sucked from Lebanon to enrich Syrian Generals creating multi millionaires on Lebanon expense, this personification of corruption, is now Al Jadded guided light on corruption. By the way, how many reporting have they done on the billion dollars in tax evasions by Hizb through their illegal border crossings, drug trades, and money lawndering? Shame on this station and its reporters.

Bank as financial institution, especialli central bank in the a region/state have bigest function to control evonomic sirculation and stabilitize currency