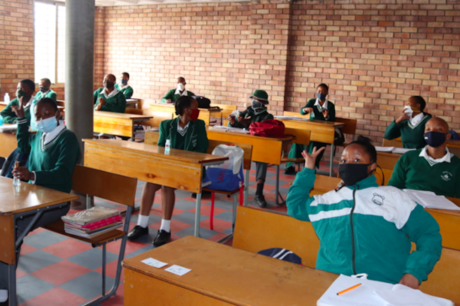 Greece reopened thousands of primary schools and nurseries on Monday for the first time in two months, and prepared to launch a campaign to vaccinate the over-85s against coronavirus.

More than 850,000 children under 12 returned to education, officials said, following a mass closure on November 16.

Greece has been under a nationwide lockdown since November 7 following an infection spike in the autumn.

More than 4,000 of Greece's 5,263 reported virus deaths have been registered in the past two months.

On Friday, restrictions that were supposed to end on January 11 were extended for another week.

Over 44,000 Greeks have received vaccine doses since last month, according to government data.

The government aims to hit 30,000 vaccinations per month from nearly 8,000 at present, minister of state George Gerapetritis said Monday.

Greece has secured enough vaccines for 15 million people, more than its population of around 11 million, government spokesman Christos Tarantilis said.