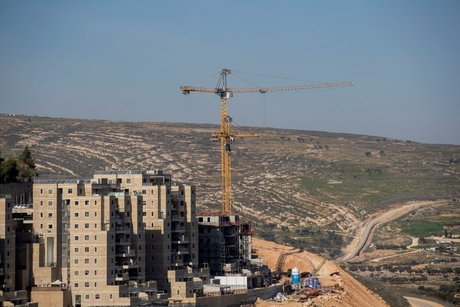 The decision is "a major obstacle to the achievement of the two-State solution, and a just, lasting and comprehensive peace" in the Middle East, Guterres said in a statement.

"The establishment by Israel of settlements in the Palestinian territory occupied since 1967, including East Jerusalem, has no legal validity and constitutes a flagrant violation under international law.

"Settlement expansion... further erodes the possibility of ending the occupation and establishing a contiguous and viable sovereign Palestinian State, based on the pre-1967 lines," Guterres said.

All Jewish settlements in the West Bank are regarded as illegal by much of the international community.

There are currently some 450,000 Jewish settlers in the West Bank, living amid an estimated 2.8 million Palestinians.

Then we could say also the following:

The Lebanese: warlords , please help us we are suffering
Warlords: no you are our servants be quiet and keep your mouths shut
The Lebanese: ok warlords we obey