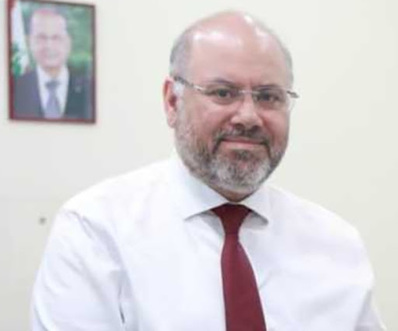 Firas Abiad, director general of the state-run Rafik Hariri University Hospital, the main government coronavirus facility, warned on Saturday of the new Covid mutations which he says have contributed to the increase in cases.

“The spread of the Covid new mutations in Lebanon was expected, and may well have contributed to the recent sharp rise in Covid cases. More worrying were the reports from the UK suggesting that certain Covid mutations may be associated with an increased mortality,” said Abiad on Twitter.

“Other mutations lead to a more contagious virus, thus thwarting containment measures. Recent studies have also suggested that virus mutations can lead to strains that are less identifiable by the body’s immune system, thus rendering vaccines less effective,” he added.

Abiad noted that “mutations can be bad news. The more the virus is allowed to spread and replicate, the more likely new more virulent or contagious mutations will arise. For that reason, containment measures alone might not be sufficient to give us back our normal lives.”

He said the “immediate goal in Lebanon is to regain some level of control over the virus. However, we will ultimately need to follow a zeroCovid strategy worldwide, and not just in Lebanon. Some might say this is unrealistic or impossible. Things will remain impossible if we do not try.”