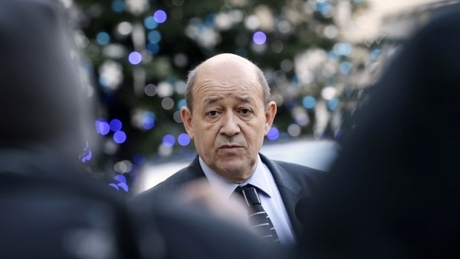 France said Sunday that mass arrests of Russian demonstrators posed "an intolerable affront" to the rule of law and indicated a drift towards authoritarian rule.

Nearly 3,500 protesters were arrested at demonstrations in support of jailed Kremlin critic Alexei Navalny on Saturday, a monitor reported, as Russian authorities probed violence on the part of both protesters and police.

"The affront to the rule of law posed by these collective and preventive arrests is intolerable," he said.

Le Drian added that "the success of the demonstrations across Russia is impressive" and that Navalny deserved "a lot of respect".

Recent events have cast a shadow over an ongoing dialogue between France and Russia, which however remains "necessary", the minister said.