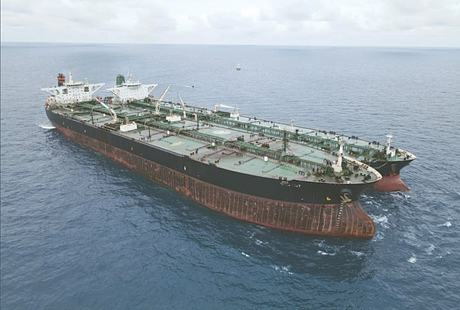 The crude oil tankers -- Iranian-flagged MT Horse and Panamanian-flagged MT Freya -- were spotted Sunday off Kalimantan, Indonesia's section of Borneo island, and were later seized after the crew failed to respond to radio calls, authorities said.

The crew were suspected of a string of violations, including failing to display the vessels' national flags, turning off their identification systems to avoid detection and illegally transferring oil, the Indonesian Maritime Security Agency said.

"The crews are being questioned."

Iran has previously been accused of trying to conceal its oil sales to avoid crippling US sanctions.

In October, the administration of former US president Donald Trump slapped fresh sanctions on Iran's oil sector over sales to countries including Syria and Venezuela.

The move was part of a broader bid to end all of Iran's key oil exports, seeking to choke off all cash sources for the regional nemesis of US allies Saudi Arabia and Israel.