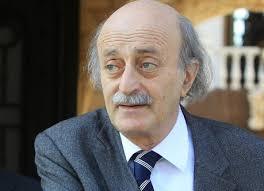 Progressive Socialist Party leader ex-MP Walid Jumblat said Lebanon is under “Iranian tutelage”, and that the formation of a government is delayed because the Free Patriotic Movement and Hizbullah did not receive the green light yet, al-Anbaa electronic magazine reported..

In an online dialogue he held Sunday evening with Lebanese expats, Jumblat said: “The French initiative towards Lebanon has been thwarted because the government format requested by France was not formed. The dominant forces, Hizbullah and the Free Patriotic Movement, did not receive the green light to form a government.”

“To Hariri I tell him, these forces dominate everything,” in Lebanon he said, adding that the country is under the effect of an “Iranian tutelage.”

On the investigation into the devastating Beirut port explosion, the PSP leader said only a “fair judiciary,” can reap results.

Adding: “I am the only one requesting the continuation of the probe. No one wants the probe to continue, because it will eventually condemn the Syrian regime,” he said.

His speech is for public consumption only. He willingly co-operated with Hezbollah and still does knowing the end result: Iranian control of Lebanon.

He knows that he has ended politically and is upset with his politically failed son Timur, and he is trying to reserve a place for himself in the next phase locally.

No kidding? You don't say? What? You serious?

How com you Arabists, Baathists, Progressives let that happen. That can't be?